We feel this tenth edition of the Sâlmon< festival as a porous and metamorphic membrane that correlates us with the present time of the guest artists, with the groups and communities they are enmeshed with, with the spirit of each one of the contexts that host the festival, with the production spaces that support performing arts on a daily basis, with the team that makes the festival real, and with the diversity of an audience that we invite, from the 9th to the 20th February, to experience closely how that membrane emerges and becomes visible.

Whilst the centripetal force brought us to come together in an experimental TV set in the last edition of the festival (Sâlmon< 2021), in this new edition the festival’s elastic membrane expands to different venues of Barcelona due to a new centrifugal energy. This is not a mere gesture of ampliation or expansion, but it rather comes from a clear will to show that performing arts have a multi-layered and nuanced nature and so they can emerge in many different contexts. The Sâlmon< festival 2022 will therefore inhabit Arts Santa Mònica, CCCB, La Caldera and Mercat de les Flors; we are collaborating with these venues in order to build a shared working context, according to their teams and specificities.

While keeping in constant move this connecting membrane, we didn’t stop asking ourselves how we share artistic practices: the design and shape of the places where they may converge, the production of contexts that allow for critical thinking beyond mere transmission, the shift in education to focus on learning as an ongoing and open-ended process that involves more collective subjectivities… We understand the festival as a provisory place, both concrete and fictitious, and we want to try out new ways of doing and sharing that are inspired by these and many more questions.

We invited a series of artists that set these questions in motion from the most diverse array of forms and narrations. We conspired in order for their bodies of knowledge to become active in relation to the required contexts: either structures, people, materials or discussions… with the continuous support of the four production venues that impulse the festival and grant it a situated and precise position within the local milieu.

One could call this metamorphic membrane Salmonstein, because during its lifetime it has been formed by a rather diverse fleshy assemblage of the most variable species and interspecies. During this new edition 21-22, one could name it Salmonator, because its endurance has turned it into a cyborg membrane. Salmonator started by summoning the Hertzian powers in order to broadcast an experimental and exhausting tour de force to a public TV channel for some hours every day. In this new 2022 edition, Salmonator ends its mutant lifecycle, since its existence relies upon fragile connections that come about in a tense and thick temporality. Either a miracle or a malicious perseverance, let us celebrate it in the festival’s tenth edition. 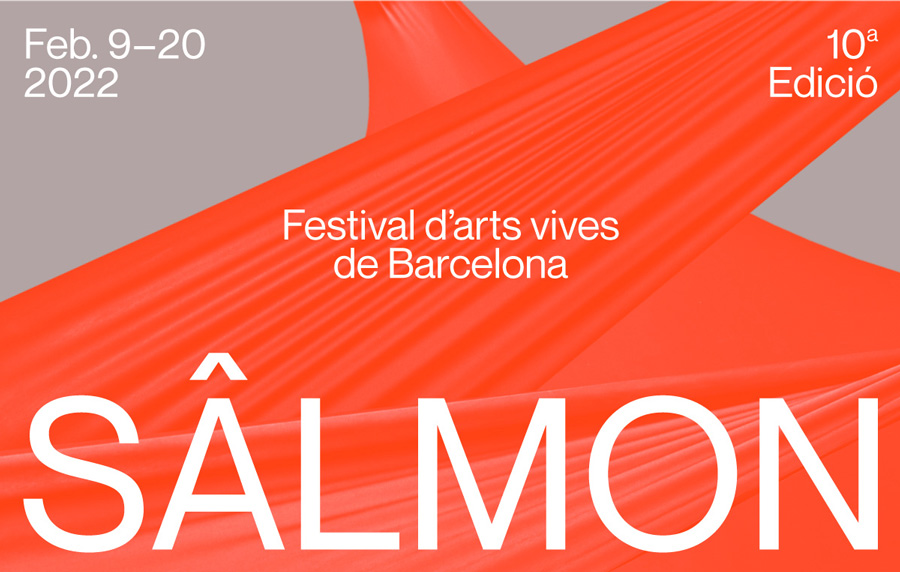